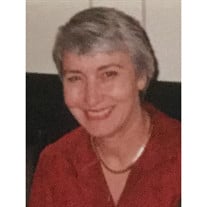 Sally Mary Hilburn Triplett passed on September 9, 2018 at the age of 81 in Marion, Alabama.She was preceded in death by her parents, Deanie Mae Greene Hilburn and Charlie Hilburn; her brother, Mack Hilburn; her husband, Earnest Blair Triplett and her son-in-law, Gary Roberts.She was born April 30, 1937, in Guntersville, Alabama, the third of five children. Sally graduated from A.G. Parrish High School in Selma, Alabama and later attended various schools furthering her education. After earning her nursing degree at Wallace Community College she worked for many years in the profession both in Selma and overseas. She married her husband, Blair in 1957 in Selma, Alabama. She and Blair moved around the country living the life of an Air Force couple eventually retiring in Boaz, Al. They were married fifty-seven years. She loved gardening, sewing, adventure, spending time with her family and laughing. She was a wonderful nurse, and a loving and caring person. She will be missed greatly.Sally is survived by her sisters, Virgie Lee Hilburn and Lizzie Dean Daugette; her children, Rhonda Triplett Hodgson (Bobby), Marsha Triplett Roberts (Mark Rouleau), Ted J. Triplett (Jean); 5 grandsons, 6 great-grandchildren and a host of nieces and nephews. The family would like to express their thanks for the wonderful help and care given by Southland Nursing Home of Marion, Alabama. The funeral will be held at Selma Funeral Home on Thursday, September 13 that 3:00 p.m. with visitation at 2:00 p.m. Pallbearers will be her grandsons and step-grandson.

The family of Sally Triplett created this Life Tributes page to make it easy to share your memories.

Sally Mary Hilburn Triplett passed on September 9, 2018 at the...

Send flowers to the Triplett family.