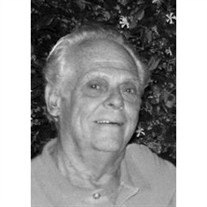 Roy Gomes, age 83, formerly of Bradford, PA, passed-away Monday, March 25, 2013 in Montgomery, AL. He is preceded in death by his parents, Ernest and Julia DeLima Gomes, four brothers: Arthur, Ernest Jr., Joseph, and Stanley Gomes, and six sisters: Alice Rodrigues, Janet Gomes, Gladys Nunes, Lorraine Dela Fuente, Nell Andrade, and Ruby Mendonca, all of Hawaii and California. He is survived by his wife of more than 56 years, Frances Gomes, a sister Shirley Andrade, two sons, David (Sherrie) and Roy Jr. (Brenda), four grandchildren: Lisa, Brian, Kirsten, and Rachel Gomes, two great-grandchildren, Cayden Lewis and Kaylyn Derringer, along with several nieces and nephews. Roy was born in Hawaii May 13, 1929, and lived there until entering the Army Air Force in 1948. He served in several domestic and foreign posts until being honorably discharged as a Staff Sergeant in 1954. During this time, he met his future wife Frances, and moved to Bradford, where they were married in 1956. He was initially employed as a machinist with the Bovaird Company, then the Bradford Era as a printer, where he retired in 1994 after more than 25 years of service. After retirement, he held part-time positions with both Sentry Hardware and Wal-Mart, where he continued to offer a friendly face and assistance to others for many more years before bidding us Aloha! A memorial service is planned for a later date, with interment of cremated remains at St. Bonaventure cemetery in Allegany, NY. Roy was a member of the St. Bernard's church in Bradford.

The family of Roy L. Gomes created this Life Tributes page to make it easy to share your memories.

Send flowers to the Gomes family.