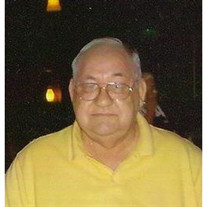 Kenneth E. Worrell died February 11, 2015 at UAB Center for Palliative and Supportive Care. Ken was born December 6, 1941 to the late Harmon and Sadie Worrell and was a lifelong resident of Selma. He was educated in the Selma Public School System and after graduating from A.G. Parrish High School, attended Howard College, now Samford University in Birmingham. He was a long time employee of Southland Mower Corporation where he held many positions and was President when he retired. He was also active in the business and civic community of Selma, being a long time member of the Selma Lion's Club where he served on its board and as Zone Chairman and President. He also served on the board of the Selma and Dallas County Chamber of Commerce, United Way, and West Central Alabama Rehabilitation/Easter Seals. Ken was very active in First Christian Church where he served as an elder and Sunday school teacher and was a member of Fairview Baptist Church. He was also a Gideon. Ken was preceded in death by his parents, one brother, Hank Worrell, and one sister, Doris McCullough Courtney. He is survived by two daughters, Theresa W. Morrow of Pleasant View, TN, and Alison W. (David) Mills of Montgomery, AL; two granddaughters, Taryn Morrow and Madison Mills; one brother, Charles (Shirley) Worrell of Selma and one sister, Sadie W. Presnall of Mobile, AL and several nieces, nephews, and cousins. Services will be held in the chapel of Selma Funeral Home on Saturday, February 14, 2015 at 1:00 p.m. Burial will be in the New Live Oak Cemetery with Tom Stacey officiating and Selma Funeral Home directing. Visitation will be at the funeral home one hour prior to the funeral. Serving as pall bearers will be Dick Boozer, Andy Britt, Marcus Childers, Jimmy Ellison, George Head, and Cloyd Nutt. Honorary pall bearers will be Dr. Frances Kendrick, DVM, Robert "Bubba" Lee, Raymond Maples, Bruce Peak, and Paul Veach. In lieu of flowers, the family requests donations to: UAB Center for Palliative and Supportive Care, 1713 6th Avenue, South, Birmingham, AL, 35233 or Lion's Club of Selma, P. O. Box 163, Selma, AL, 36702.

Kenneth E. Worrell died February 11, 2015 at UAB Center for Palliative and Supportive Care. Ken was born December 6, 1941 to the late Harmon and Sadie Worrell and was a lifelong resident of Selma. He was educated in the Selma Public School... View Obituary & Service Information

The family of Kenneth E. Worrell created this Life Tributes page to make it easy to share your memories.

Send flowers to the Worrell family.