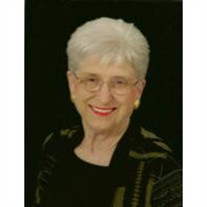 Joanne Jones Givhan, 70, of Daphne, AL, passed away Wednesday, November 17, 2010 at DCH Regional Medical Center in Tuscaloosa. Mrs. Givhan, a native of Dallas County, was born August 21, 1940, the daughter of the late James Ervin (Bebo) Jones and Annie Lee Ellis Jones. She spent her childhood and youth in the Safford Community where she accepted Christ at an early age at Safford Baptist Church. Possessing a beautiful contralto voice, she was a soloist in the church choir and sang for numerous weddings and other events in her early years. She was a 1958 graduate of Orrville High School and attended The University of Alabama. In 1961 she married her high school sweetheart, Edward Holmes Givhan, Jr. They would have celebrated their 50th anniversary in March. Most of her married life was spent in Birmingham where she was a former member of Brookwood Baptist Church and the First Baptist Church of Birmingham. She was active in the music program at both churches and participated in numerous mission trips in the United States and abroad. On these trips she was responsible for food preparation for team member, which she greatly enjoyed. Six years ago she moved to Daphne where she continued to participate in the choir and other activities as a member of Easter Shore Baptist Church. She especially enjoyed spending time at her condominium at Perdido Key, Florida, and will be remembered fondly by family and friends for her generous hospitality in allowing them to spend many cherished vacations at the beach. Joanne loved life and knew how to live it, but she also knew how to die. Her courage, determination and valiant spirit in the face of adversity was an inspiration to all during her long hospitalization in her fight against cancer. She was a faithful witness during this difficult time for her Lord and Savior, Jesus Christ, whom she loved. She is also a treasured and exalted by her family for the wonderful caregiver she was for husband, Edward, who has successfully battled cancer for the past five years. In addition to her husband, she is survived by her son, Dr. Bryan (Kathy) Givhan of Tuscaloosa; daughter, Janet Givhan (Mike) Ellis of Prattville; two brothers, Jimmy Jones of Birmingham and Lee (Kay) Jones of Selma; four grandsons, Steven Givhan, Edward C. Givhan, Ben Hilley and Drew Ellis; five granddaughters, Elizabeth Hilley, Katherine Hilley, Mae Ellis, Brittany (Will) Stroud and Rachel Harper and a number of nieces and nephews. Pallbearers will be Wes Cahoon, Drew Ellis, Mike Ellis, Edward C. Givhan, Steven Givhan, Ben Hilley, Jeff Jones and Lebo Jones. Funeral services will be held at 1:00 p.m. Friday, November 19, 2010 at Selma Funeral Home Chapel with Dr. Bryant Strain officiating. Visitation will be an hour preceding the service. Burial will follow in New Live Oak Cemetery with Selma Funeral Home directing. Memorials may be sent to The Lottie Moon Christmas Offering, The Big Oak Ranch, P. O. Box 507 Springville, AL, 35146 or a charity of your choice.

The family of Joanne Jones Givhan created this Life Tributes page to make it easy to share your memories.

Send flowers to the Givhan family.