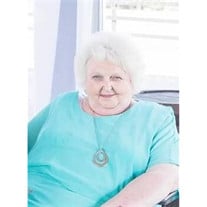 JoAnn (Jodi) Davis Beaver, age 80, of Selma, AL, passed away September 25, 2018. She was preceded in death by her husband, Jim Beaver; parents, Joseph and Galilee Davis and nephew, Richard Trammel. She is survived by her daughter, Becky Irwin;... View Obituary & Service Information

The family of JoAnn "Jodi" Beaver created this Life Tributes page to make it easy to share your memories.

Send flowers to the Beaver family.