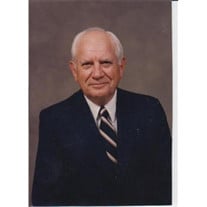 Jack Stanley Reed, age 92, of Rome, GA and formerly from Selma, AL, passed away March 4, 2014. Mr. Reed was born January 31, 1922 in Savannah, GA and grew up on Tybee Island. He is the son of the late Edward O. and Minnie S. Reed. He was also preceded in death by his wife, Audrey Tate Reed, whom he married January 9, 1954; three brothers, Thomas M. Reed, Edward M. Reed and Kenneth O. Reed and one sister, Mary R. Wright. Due to health issues, he did not serve directly in a branch of the military during World War II, but worked for the U.S. Army Corps of Engineers doing military construction at Virginia Beach, VA. After the war, he attended Ringling School of Art in Sarasota, FL for two years. He moved to Springfield, IL and worked for Allis-Chalmer. Wanting to continue a career in art, he went back to Ringling to study. After a year, he obtained a job in the graphic section at Craig AFB in Selma. There, he was hired by Audrey Tate Woods, the woman who would become the love of his life for fifty-nine years. In 1960, along with a friend, he opened his own screen printing business, Screenco of Selma. He owned and operated Screenco until he retired in 1987. At the age of 70, he went to work for Screenco, doing the artwork for the company. During his life in Selma he was involved in the community in many different ways. He was a member of the Elks Lodge for over forty years; polling official at the Summerfield location; donated artwork for auction by local charities; taught art classes at WCCS and later taught private art classes. He is survived by his children, Robert T. (Wanda) Woods of Valley Grande, AL, Sandy (Sam) Wood of Eagle River, AK and Margaret "Maggie" ( Frankie) Oyler of Rome, GA; nine grandchildren, Christopher Woods, Lisa Musselman, Dr. Tate Woods, Scott Woods, Gary Wood, Dr. Jason Oyler, Kristen Holmes, Reed Oyler and Megan Wood and seventeen great-grandchildren. Graveside services will be Saturday, March 15, 2014 at 2:00 p.m. in Pineview Memory Gardens with Rev. Cory Horton officiating. The family extends a special thank you to Floyd Heyman Hospice, his nurse, Amanda and caregiver, Christina for their excellent care, support and kindness given to Jack. In lieu of flowers, the family requests memorial donations be made to Ringling College of Art and Design, Asst. Vice President for Development, Office of Advancement, 2700 N. Tamiami Trail, Sarasota, FL, 34234-5895 or Selma Elks Lodge No. 167, B.P.O.E., (Charity Funds), P. O. Box 453, Selma, AL, 36703-0453.

The family of Jack Reed created this Life Tributes page to make it easy to share your memories.

Send flowers to the Reed family.