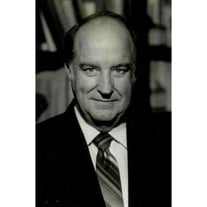 Donald Clyde Overstreet, born on September 25,1927 in Flatwood, AL, died June 1, 2017. Donald was born to the late Clinton and Annie Overstreet. He is preceded by his wife, Suzy, and siblings, Estelle, Marjorie, Cleveland, Polly and Jim. He is survived by his children, Melissa Overstreet Blohm (John), Lydia Overstreet Jackson (Hunter), and Jennifer Overstreet Styslinger (Mark) and six grandchildren, Mac J. Styslinger, Claudia O. Styslinger, Stella S. Styslinger, Lydia C. Styslinger, Courtney C. DeWeese, and Hunt C. Jackson, as well as his beloved caregivers, Cherryl Williams, Mildred Williams and Rufus Perry. He began his pre-med training in June 1948 at the University of Alabama, finishing in three years, then receiving acceptance to the University of Alabama Medical School. Graduating in 1955, he received his M.D. degree. After marrying Suzy Harper, the couple worked together at Robert R. Greene Memorial Hospital in San Antonio until moving back to Alabama to start a family. He began his practice in Thomasville, AL. He soon met and established a lifelong partnership with Dr. Julian P. Howell Sr. and began the Practice of Drs. Howell, Overstreet, Putzel and Howell in Family and Internal Medicine in Selma. In 1978, he initiated the Selma Family Medicine Residency Program, affiliated with the University of Alabama School of Medicine where he served as Director of the program for the next 19 years. His leadership educated numerous physicians and served areas in the South that were in desperate need. In 1997, after being named a Professor Emeritus at UAB, he briefly retired from medical practice. His great love of the profession, however, instigated his opening of a small office in Valley Grande, AL, as a solo practitioner. He served the surrounding community until 2014. At age 85, he took full retirement. Donald was an integral part of his daughters and grandchildren's lives and will be missed dearly. The memorial service will be held June 17, 2017 at 2:00 p.m. at First Baptist Church in Selma AL, followed by the reception at the Selma Country Club. The family requests that memorials be made to the UAB Alzheimer's Disease Center, UAB Gift Records, 1720 2nd Avenue South, AB 1230, Birmingham, al 35294.

Donald Clyde Overstreet, born on September 25,1927 in Flatwood, AL, died June 1, 2017. Donald was born to the late Clinton and Annie Overstreet. He is preceded by his wife, Suzy, and siblings, Estelle, Marjorie, Cleveland, Polly and Jim. He... View Obituary & Service Information

The family of Dr. Donald Clyde Overstreet created this Life Tributes page to make it easy to share your memories.

Send flowers to the Overstreet family.