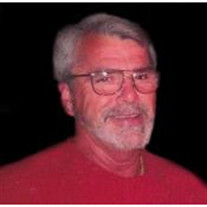 Donald Barnes, age 61, of Selma, AL, passed away November 7, 2012. He was preceded in death by his parents, Earnest Floyd Barnes and Nell Barnes Walker, and son, Donald Bradley Barnes. He is survived by his wife, Peggy Day Barnes; daughter, Cammie (George) Reaves; step-son, Derek Lassitter; sister, Patsy (Quintus) Williamson; twin brother, Ronald (Becky) Barnes; grandchildren, Bradley Reaves, Isabella Reaves and Sawyer Reaves; four nieces and one nephew. Funeral services will be Saturday, November 10, 2012 at 10:00 a.m. at Valley Grande Baptist Church with Rev. Clarke Skelton and Rev. Alan Yarbrough officiating. Interment will be in New Live Oak Cemetery with Selma Funeral Home directing. Visitation will be Friday, November 9, 2012 from 6-8:00 p.m. Pallbearers will be Quintus Williamson, Bobby Fancher, Eugene Barnes, Bruce Barnes, Joe Irby and Justin Barnes. Flowers will be accepted or donations can be made to St. Jude Children's Research Hospital, 262 Danny Thomas Place, Memphis, TN, 38105. The family would like to extend a special thank you to Brenda Bossie, caregiver; Angie Traylor, nurse and the staff of Cahaba Hospice. Donald was employed by Warren Childs for over thirty-five years, beginning with delivering milk and his own eggs door to door. In the early 1980's they started one of the first ice cream routes in Selma. He was called "Mr. Ice Cream Man" by the children who would run to buy ice cream when they heard the music from the truck coming down their street. He managed A&M Laundry and later, Superior Cleaners for over 20 years. Donald battled cancer for the last four years of his life. While in this battle, he rededicated his life to God and witnessed to everyone. He touched many lives through his testimony and his strength to endure the pain. Well done my good and faithful servant is the legacy he leaves behind.

Donald Barnes, age 61, of Selma, AL, passed away November 7, 2012. He was preceded in death by his parents, Earnest Floyd Barnes and Nell Barnes Walker, and son, Donald Bradley Barnes. He is survived by his wife, Peggy Day Barnes; daughter,... View Obituary & Service Information

The family of Donald Barnes created this Life Tributes page to make it easy to share your memories.

Send flowers to the Barnes family.