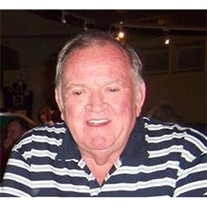 William Charles "Bill" Travis, age 85, of Montgomery, Al, passed away December 20, 2016. Bill was an educator and college basketball coach in Alabama, Florida and Georgia and was also self-employed in his later years in Montgomery. He was preceded... View Obituary & Service Information

The family of Bill Travis created this Life Tributes page to make it easy to share your memories.

Send flowers to the Travis family.